Here is what people are already saying about Chanting Demons..

“Chanting Demons is the apocalyptic work of a Demon Poet who occupies a mad, dark, macabre world of sins where he rules over poems of the night and elders of the dark. He declares, “When your flesh is torn/I am born of fire and fear.” One (aesthetic) hell of a book in which even revelations are “perfectly practiced sins.”  Read and be flayed alive.

– Ra Sh, author of Architecture of Flesh
“Tread with caution: Once unfurled, Chanting Demons pulls you into the terrifying world of nightmares, real or imagined. Chanted with dark vigour, this collection of poems is bound to scare the living daylights of any mortal.”

Gary Beck has spent most of his adult life as a theater director, and as an art dealer when he couldn’t make a living in theater. He has 11 published chapbooks and 3 more accepted for publication. His poetry collections include: Days of Destruction (Skive Press), Expectations (Rogue Scholars Press). Dawn in Cities, Assault on Nature, Songs of a Clerk, Civilized Ways, Displays, Perceptions (Winter Goose Publishing). Fault Lines, Tremors, Perturbations, Rude Awakenings and The Remission of Order will be published by Winter Goose Publishing. Conditioned Response (Nazar Look). Resonance (Dreaming Big Publications). His novels include: Extreme Change (Cogwheel Press), Flawed Connections (Black Rose Writing) and Call to Valor (Gnome on Pigs Productions). Acts of Defiance will be published by Dreaming Big Publications, Sudden Conflicts by Lillicat Publishers and State of Rage by Rainy Day Reads Publishing. His short story collection, A Glimpse of Youth (Sweatshoppe Publications). Now I Accuse and other stories will be published by Winter Goose Publishing. His original plays and translations of Moliere, Aristophanes and Sophocles have been produced Off Broadway. His poetry, fiction and essays have appeared in hundreds of literary magazines. He currently lives in New York City.

Now that Bradley was obviously on the road to a productive professional career, Dr. Padgett advised him to find a signature personal project that would bring him meaningful attention from the scientific community. Padgett urged him to also try to distinguish himself from the multitude of colleagues dreaming of international renown. To conceal his real interest in human behavior modification, Bradley worked on assessments of several behavior modification trials for pets, using a range of pharmaceuticals to alter disturbing behavior patterns, such as excessive barking, clawing furniture, uncontrolled urination or defecation and stubborn disobedience. Some of the treatments were encouragingly effective and Bradley began to consider how pharmaceuticals could better be used in human behavior modification, without panicking the liberal left with the specter of ‘Big Brother’.

A series of homicidal rampages by enraged men who had been rejected by wife or girl friend, or had been fired from a job, or aggrieved enough by someone or something to  seek revenge, captured his interest. He noted the increasing frequency of the rampages, with a corresponding increase in the number of fatalities, almost always followed by suicide. The Virginia Tech rampage on April 16, 2007, by Seung-Hui Cho, in which he killed 32 people, wounded many others, then killed himself, took place in the same building where Bradley’s sister Ellen taught math. This personal connection disturbed him enough to focus his attention on the problem of homicidal rampages.

He drafted a proposal for developing a measuring tool that could be used in high schools to identify potential future at-risk subjects, along with a program that would modify their behavior with appropriate medications. He submitted the proposal to Dr. Padgett, apprehensive that he might have been too aggressive. Dr. Padgett realized the potential of new uses for pharmaceuticals and approved a test project. Then he sent the proposal to his contact at Planck, Arthur Lindgreen, a stocky, dark haired, deep tanned glad-hander with the soul of a lobbyist. Lindgreen set up a not-for-profit fund that awarded Bradley a very large grant that would insure his financial security for the next several years.

At the next department meeting, Dr. Padgett described the project and the usual conflict of responses occurred; approbation from the behaviorists supporting one of their own, criticism from the therapists, always fearful of intrusion on their fragile turf. A neo-Jungian, Professor Laura Cordell, a slim, taut, not unattractive blonde in relaxed moments, demanded to know how Thurston would identify violence-prone people already out of school. Dr. Padgett fielded the question with a politically correct answer of ‘one target group at a time’ that placated her. But it started Bradley thinking about the problem of adults no longer in a testing environment.  Without consulting anyone, Bradley began sketching out ideas and concepts to identify the target group of adult

“Passing the Veil” by Poet Lela Cintron, her second poetry book is in the works..

Lela Cintron’s second book of poetry, “Passing the Veil” is set to release from Rainy Day Reads Publishing in the near future.  Lela’s words relate to her many readers as she reaches from the depths of creative writing to spilling her thoughts onto paper to share with the world.

Author and Editor Sagar Singh joins Rainy Day Reads Publishing.  Living in the western suburbs of Mumbai, India; Sagar is a romantic at heart. A business analyst by day and a writer by night he has created quite a buzz in the Instagram and Wattpad community with his poems, quotes, proses, articles and short stories in a short span of two years. Find his work on Instagram @the_wandering_writer

It’s all about time, my father had said. There are times when you fail, you go through a heartbreak, you get your trust broken or you lose someone you cared about. It’s times like these, you feel you have been thrown into a dark pit, with no hope to see light. You feel that the world would stop spinning because of it; but when you wake up the world is still spinning like nothing happened. And the darkness, its still there; you just get used to it.

Helgaleena Healingline is the nom de plume of a Reformed Druid of North America living quietly in southern Wisconsin USA. Besides acting as editor at Rainy Day Reads and Dark Roast Press Lovers, she runs the Healing Line, 608-255-0504, a helpline ministry outreach which includes distance Reiki, acupressure, nutrition and other advice, CTFT protocols, and listening. Reading and writing erotic fan fiction has helped her to survive upon the face of the planet this far. The transition to original fiction required translating many uncanny life experiences into story form, which she hopes will find their way to the correct readers. Web page: helgaleena – Gravatar Profile

“Treat yourself to something special for a Rainy Day!”

From our specialized “Quote Cups”, to bookmarks, to personalized book tote bags, coasters & Tees – Rainy Day Reads Publishing strives to support the readers and accent their passion for poetry by offering a variety of merchandise with the you, the readers favorite quote.

Yes, now you can take your favorite quote with you at all times!

Get to know RDR’s Authoress, Lela Cintron – Author of “Into the Further” – Interview with the Chicago Tribune 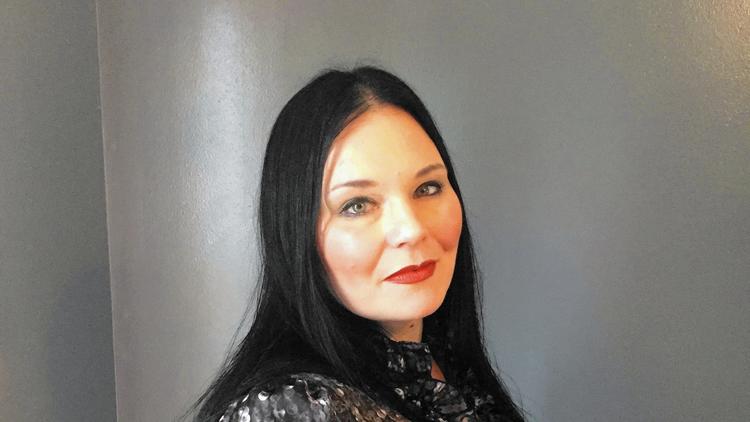 As becoming a poet and getting a book of her poetry published goes, Lela Cintron didn’t arrive at either in a traditional way.

Cintron, 41, of Elgin, says she had never been much of a writer, although friends have told her she wrote poetry back in school, which she doesn’t remember.

But three years ago and after 12 years on medications for bipolar disorder, Cintron began writing as a form of therapy for the disease.

“I didn’t even know that I could,” write poetry until she started, Cintron said.

“Whatever I can’t say, I can write,” Cintron said. “It is that simple. Instead of crying, I write. Instead of getting angry, I write.”

That poetry, however, wasn’t in a journal or in a computer. Cintron said she is technology-challenged.

“My kids say I kill technology,” the mother of four laughed, adding she also has arthritis so it is hard to type on a traditional keyboard.

So, Cintron started writing poetry by typing it onto her phone and posting it to her Facebook profile. Then, she started a page on the social media site just for her musings, and did the same on Instagram.

“I realized I could put things down (in writing) better than I could speak it,” Cintron said.

She found other writers’ works posted online, and began to read the longer pieces and not just the excerpts, Cintron said. She realized she wanted to write more, too, and used Instagram to do that.

She gathered a few followers — about 460 on the site. Her Facebook page for her writing, Scripts Straight from the Vein, has 600 followers.

Then, one of those Instagram followers — a small publisher out of Vancouver, Washington — contacted her through the site last November and asked if Cintron would put her work into a book.

The book, “Into the Further” will be released from Rainy Day Reads Publishing later this spring, Cintron said. The editing process has been back-and-forth for the past three months.

What attracted the publisher to Cintron was “The depth of her emotions in her words.  Her work is stunning and easy to relate to for many,” said Sameena Bachmeier, owner/publications manager for Rainy Day Reads.

The publisher’s website, rainydayreadspublishing.com, has the book available for pre-sale now.

The 150-page book’s cover is a shot of a three-quarter moon — a shot taken by a friend of the moon over Elgin, she said.

Her poetry isn’t all about depression or living with bipolar disorder, Cintron said.

“It is everything. It is love and sadness and scary and recollections … it is a variety. It is not a theme of darkness, not a theme of positivity,” Cintron said.

“But I hope (readers) find themselves in it and can relate,” she said.

She writes about friends and family in her work — and they might recognize themselves in the poetry, Cintron said.

She also writes — mostly in freeform but occasionally in a metered format — about aging.

One of the first things she wrote was about how excited she was to find her first grey hair. Instead of crying about aging, she has embraced it, Cintron said.

“I am excited to become an old lady. With age comes wisdom and I don’t want to go back to my younger years. Some women are afraid of being old and I am not,” she said.

“Do you see how 20 year olds act?” she asked. “They have it all wrong,” because she sees the self-hate because they think they are too fat or too thin or something else is wrong with them.

She does write about the bipolar disorder, which started after having children and postpartum depression, she said. But the drugs she took for the disorder would often knock her out — not something that worked for a mom with small children.

Since she started writing, she hasn’t gone back on drugs for the disorder.

Cintron also has a day job — she is a clerk at a Walgreen’s makeup counter.

There, she said, she sees a lot of Elgin moms and women — coming in in their yoga pants and sans makeup.

They are beautiful, Cintron said.

Rather than self-publishing, Cintron is being paid for her work — if not much, she said.

“I don’t mind, I would give it away,” and had been through social media.

“But being able to hold it? I can’t imaging what it will feel like.”

Janelle Walker is a freelance reporter.

Courtesy of The Chicago Tribune